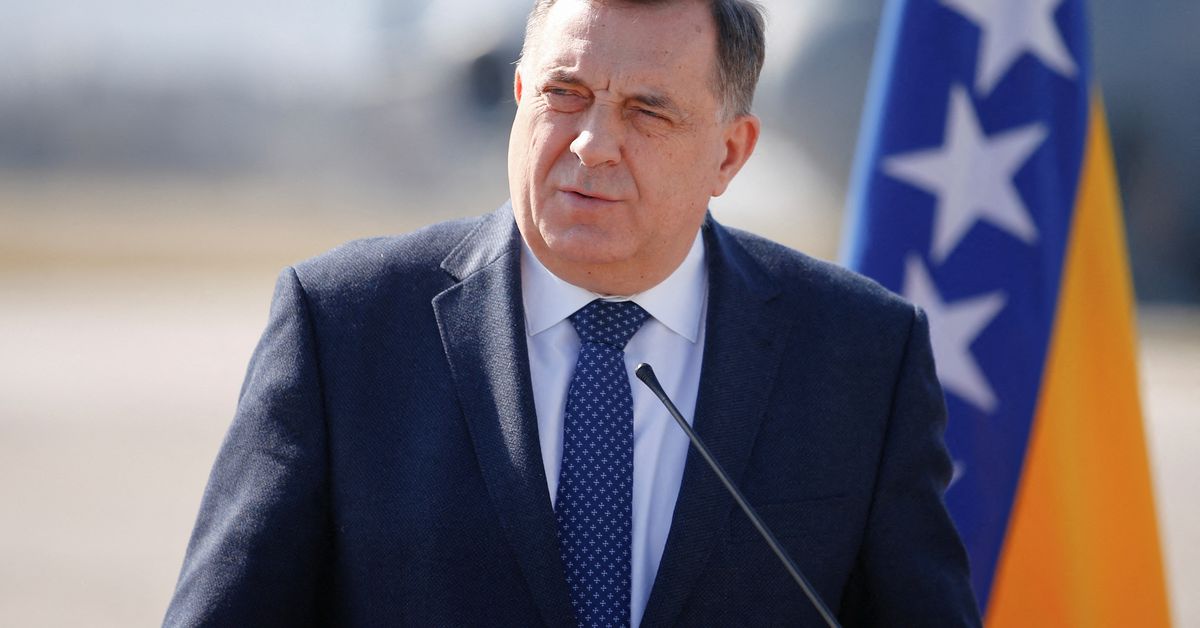 BANJA LUKA, Bosnia, June 6 (Reuters) – The war in Ukraine and its aftermath have forced Bosnian Serb nationalists to delay plans to remove their region from Bosnia’s national institutions, their leader Milorad Dodik said on Monday.

In December, the parliament of the Autonomous Serb Republic of Bosnia voted to begin work on severing ties with Bosnia’s armed forces, judiciary and tax system, in a non-binding motion intended to pave the way for secession. Read more

Dodik – the driving force behind a plan that sparked the worst political crisis in Bosnia since the end of the 1990s war and triggered sanctions against him from London and Washington and warnings from the EU – had said that it would be implemented within a deadline that expires this week. Read more

But changed political conditions caused by the war in Ukraine have caused a delay, Dodik – whose plan is backed by Moscow – said.

The secessionist plan has not been abandoned, just delayed, Dodik told the parliamentary session he called for rallying support against imposing sanctions on Russia for its invasion of Ukraine, what Moscow calls a “special military operation”.

“That is why we have halted the realization of our conclusions regarding the withdrawal (of Bosnian Serbs from) state authorities,” Dodik said.

Dodik said the Bosnian Serb Republic wanted to “maintain neutrality” vis-à-vis Russia and Ukraine and was against sanctions against Russia, echoing the position of its sponsor Serbia, the only European country to have refused to impose sanctions.

Reporting by Daria Sito-Sucic in Sarajevo; Edited by