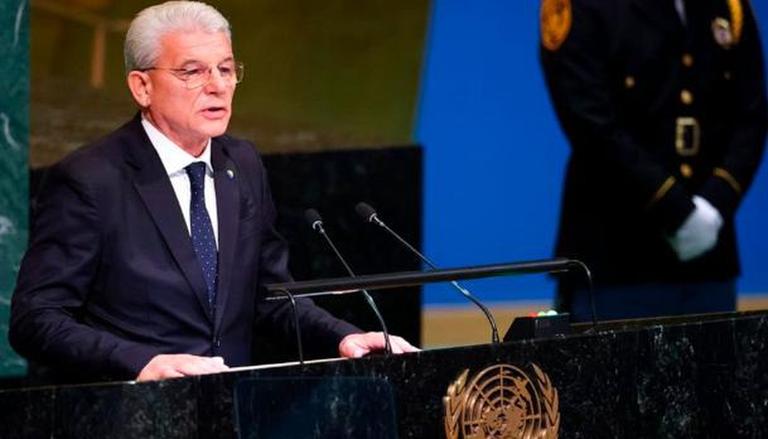 The Bosnian leader has denounced the United Nations’ failure to prevent war in Ukraine, saying on Wednesday it was a chilling repeat of his country’s brutal conflict three decades ago. Addressing the UN General Assembly, Sefik Dzaferovic, president of Bosnia and Herzegovina’s three-party presidency, criticized the Security Council’s failure to adopt a binding resolution or statement on the war.

“The United Nations system was not able to prevent or stop the war in my country… Unfortunately, it happened again,” Dzaferovic said. The Security Council, he said, “is manifestly incapable of fulfilling its obligations”.

The structure of the Security Council after World War II gives veto power to five nations – the United States, China, Britain, France and Russia, the aggressor in the war against Ukraine. Russia’s presence in the Council has thwarted more substantial actions. The largest 193-nation General Assembly, which has no veto power, passed resolutions demanding a ceasefire in Ukraine and the withdrawal of Russian forces. Referring to the ceasefire resolution, Dzaferovic said: “Although this resolution does not have the power to stop the war, it has the power to stop the lies.”

The Bosnian war began 30 years ago, in 1992, when the Bosnian Serbs, with the help of the Yugoslav army, tried to create ethnically pure territories with the aim of joining neighboring Serbia. More than 100,000 people were killed and millions left homeless in Europe’s worst bloodshed since World War II.

The 1992-1995 war pitted Bosniaks, who are mostly Muslim, Serbs and Croats against each other, and ended with the US-sponsored peace accord that created two regions. Deep tensions persist, but Dzaferovic, a Bosnian Muslim, said the nation was strong enough “to persevere” despite internal movements which he described as “part of the broad wave of right-wing populism in Europe”.

Economic and energy crises, Dzaferovic said, go hand in hand with this populism, warning of the current dangerous modern echoes of Nazism’s rhetoric about racial supremacy that led to war and, ultimately, the creation of the Nations. United on the principle that all people are equal. “Nearly eight decades later, we can hear voices that overtly or implicitly deny these fundamental principles,” he said. “There is only one step between these ideas and violence.”