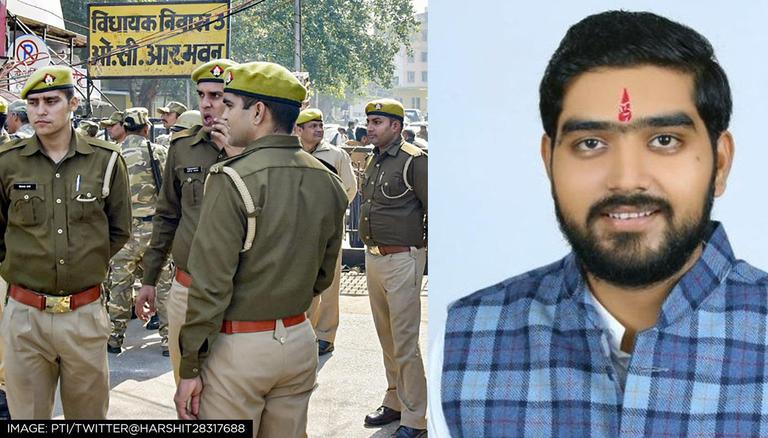 Kanpur Police on Tuesday arrested Bharatiya Janata Party (BJP) youth wing leader Harshit Srivastava Lala for his derogatory remark about the Prophet Muhammad amid recent clashes in the district which erupted on June 03.

A case was filed against Kanpur BJP youth wing leader Harshit Srivastava for the controversial tweet he made about the Prophet Muhammad, which was later deleted. Kanpur police immediately arrested him after registering the case against the leader of Yuva Morcha for trying to disturb the atmosphere of peace in the city. “Harshit Srivastava has been arrested while taking immediate action after filing a case for his controversial tweet. Those who disturb the peace of the city, regardless of their religion, will not be spared,” an official said. the police according to the ANI.

Notably, a violent fight broke out between two groups belonging to different communities allegedly following a market closure in Kanpur on 03 June. It came after an angry group of people demanded shopkeepers close their shops following an alleged insult to the Prophet Muhammad on TV. To display.

On June 3, Kanpur in Uttar Pradesh witnessed violent clashes after alleged controversial remarks by suspended BJP spokesperson Nupur Sharma. In the violence that erupted in the Becongunj area of ​​Kanpur, thousands of people gathered after Friday prayers and started throwing stones. Four defendants, including main conspirator Hayat Zafar Hashmi, were remanded in custody for 14 days by a court in Uttar Pradesh on Sunday. While rioter posters were posted by Uttar Pradesh police across the city, police also registered three FIRs against more than 1,000 unknown people, of whom at least 50 people were arrested.

The special investigation team (SIT) formed in the case is looking for the sources of financing used in the clashes. Additionally, police are also investigating a wider conspiracy in the case as they continue to search for – Zara Hayat, the wife of the main conspirator. She fell under the police radar after it was discovered on June 6 that she was the administrator of numerous WhatsApp groups, raising suspicions about her role in the riots.

It is pertinent to mention that the BJP suspended its national spokesperson Nupur Sharma and expelled its Delhi media chief Naveen Kumar Jindal after their controversial remarks against the Prophet.