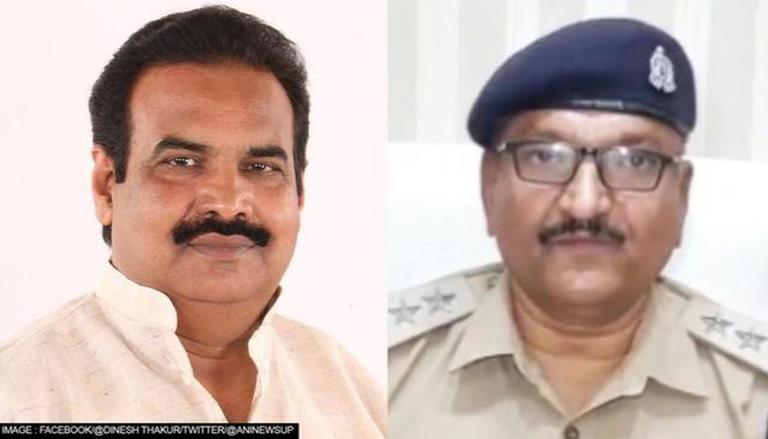 Uttar Pradesh Police on Sunday May 22 informed that they registered a case at Kotwali Police Station on the complaint of Bharatiya Janata Party (BJP) Kisan Morcha leader Dinesh Thakur in which the latter said he had been beaten by strangers. According to police officials, Dinesh Thakur in his complaint alleged that he and his friend were dragged from their car by strangers and beaten.

“On the night of May 20-21, a case was registered at PS Kotwali based on a complaint by BJP leader Kisan Morcha, Dinesh Thakur, who was accused of being beaten by unidentified people. CCTV footage are under review,” Circle Officer (CO) Mahesh Chandra said. ANI. He further added that a medical examination of the BJP leader was also carried out and an investigation was launched. It is pertinent to mention here that Thakur, who suffered injuries to his face and body, is currently undergoing medical treatment.

TOP | On the night of May 20-21, a case was registered at PS Kotwali based on a complaint by BJP leader Kisan Morcha Dinesh Thakur after he was beaten by unidentified people. CCTV footage being reviewed, medical examination performed; current probe: CO Mahesh Chandra (21.05) pic.twitter.com/e6NL5kuz29

Dinesh Thakur, a resident of Ramganga Vihar from Civil Lines, is the West Uttar Pradesh Regional General Secretary Kisan Morcha in the BJP. Thakur told police he went to attend the wedding ceremony at Tajpur Mafi on Friday. After having dinner, he was driving home with his friend Vishesh Chauhan in his car around 12:30 p.m. As he was crossing the Jama Masjid bridge in front of Kotwali towards Bazar Ganj of Moradabad, some youths came riding on five-six bicycles and they stopped the car after passing it. They alleged that Thakur fled after an accident, which, according to Kisan Morcha’s chief, he denied.

It is alleged that during this time other people also came and dragged Dinesh Thakur and Vishesh Chauhan out of the car and started beating them. They also attempted to vandalize the car. Meanwhile, shortly after officers rushed to the scene after receiving reports of the incident, the attackers fled. Later, Thakur filed a complaint against the unknown assailants at Kotwali Police Station.

In an unrelated incident, a bullion dealer, who was the brother of a local BJP leader, was found shot dead in his car in Pilibhit, Uttar Pradesh. The deceased was identified as Pawan Goyal (48). According to police, Goyal was found shot dead inside his car near a cardboard factory on the Tanakpur highway.

According to the police report, Pawan Goyal, who is the brother of a local BJP leader, was found dead on Thursday evening. Police said the deceased was shot in the forehead. Police have filed an FIR for murder against unidentified individuals and further investigation is currently underway.

After the murder, the bullion market remained closed until Friday afternoon in protest at the incident. Speaking about Friday’s incident, Pilibhit Police Superintendent Dinesh Prabhu told PTI that a complaint has been filed about it. He further said that the forensic team was gathering evidence and that several investigative teams including the Special Operations Group had been deployed to investigate the murder case.