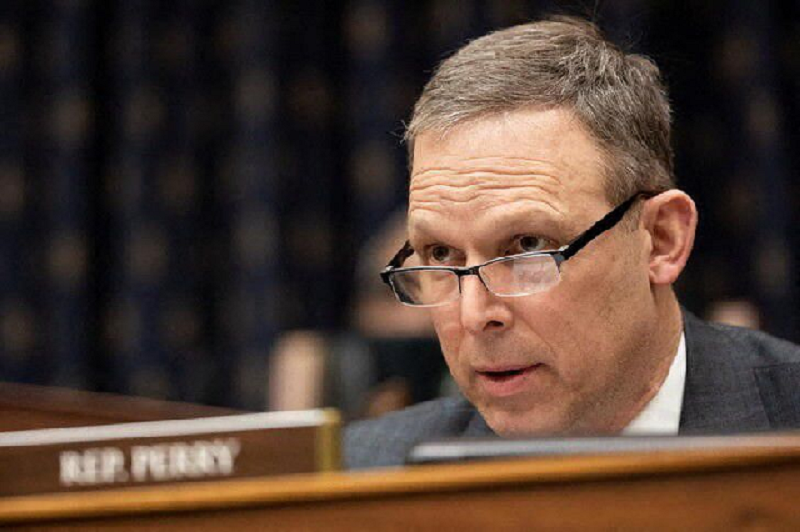 A US legislator introduced a bill titled “Pakistani Stop Terrorism Actto Congress seeking to designate Pakistan as a state sponsor of terrorism.

The bill introduced by US Congressman Scott Perry on March 8 read: “To provide for the designation of the Islamic Republic of Pakistan as a state sponsor of terrorism, and for other purposes.

The bill tabled in the House of Representatives was referred to the Foreign Affairs Committee.

“From the date which is 30 days after the date of enactment of this Act, the Islamic Republic of Pakistan shall be deemed to be a country whose government [US] The Secretary of State determines that he has repeatedly provided support for international terrorism…,” the bill reads.

the main categories of sanctions include restrictions on US foreign aid, a ban on defense exports and sales, financial and other transactions.

The U.S. government will be prohibited from exporting or “otherwise supplying (by sale, lease, or loan, grant, or other means), directly or indirectly, any item of ammunition” to any country subject to the sanctions mentioned in the bill.

Also Read: The Bill Proposed to the US Senate to Sanction the Taliban and Their Supporters

“[US] suspend delivery to such country of such item under such transaction which has not been completed at the time the Secretary of State makes the determination.

This development comes at a time when Pakistan is facing immense pressure from the West to condemn Russia’s attack on Ukraine.

However, Pakistan declined to criticize Moscow’s actions, but called for resolving the dispute through dialogue and diplomacy.

Last year, a group of senior US senators – including a former presidential candidate – introduced a bill in the US Senate to impose sanctions on the Afghan Taliban that could also spread to Pakistan.

The bill, titled the Afghanistan Counterterrorism, Oversight, and Accountability Act, prompted a furious rebuke from a senior Pakistani cabinet official.

The 22 lawmakers, all from the Republican Party, introduced the bill which requires “the imposition of sanctions on the Taliban and persons assisting the Taliban in Afghanistan, and for other purposes.”