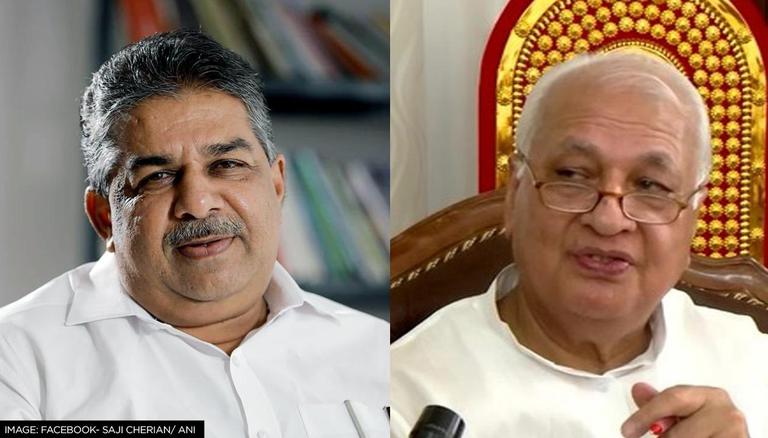 Speaking to the media, the Governor of Kerala said: “Those who hold public office have a duty to uphold the Constitution…and the law…Have been informed that CM has already demanded an explanation. present, I asked for no report. but to keep watch.”

Earlier, moments after the Kerala minister’s controversial remark on India’s Constitution, the CPI(M) rejected the opposition’s demand for Saji Cherian’s resignation, calling it a “lapse of faith”. Opposition parties in Kerala have alleged that Schedule 3 of the Constitution has been violated by Cherian, the same on which a minister is sworn. Under the third schedule, a sworn minister declares that he “shall bear true faith and allegiance to the Constitution of India” and uphold the sovereignty and integrity of the country.

While BJP’s KJ Alphons demanded the minister’s resignation, saying such “unconstitutional remarks” were unbecoming of an elected official, opposition leader of Kerala Assembly and Congress leader VD Satheesan said that the party would take the legal route if the CM failed to act against its minister.

While delivering a speech at an event held at Mallapally in Pathanamthitta township in Kerala, the CPI(M) leader remarked that the Indian Constitution “helps the rich by plundering the common man”.

“Everyone says that India has written a beautiful Constitution and is the most important aspect of the country. However, I would say that the Constitution is written to rob the common man in India. An Indian wrote a Constitution which was prepared by the British and has been practiced in this country for the past 75 years. The Constitution has only plundered the people,” the Kerala minister said.

Cherian also claimed that while democracy and secularism have been written into every “nook and cranny” of the Constitution, its sole purpose is to exploit the people. Naming a few business leaders, the CPI(M) leader also said that the Constitution has protected these wealthy personalities and nothing can be done against them. “Those in power are responsible and doing the job of protecting such powerful figures,” he added.