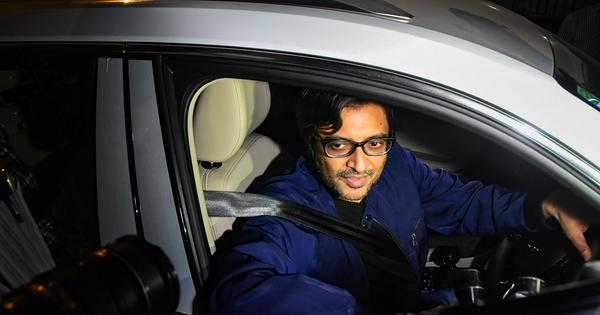 The High Court of Rajasthan on Tuesday asked the editor of Republic TV Arnab Gosvami to respond within 10 days to a request to investigate him for inciting enmity between religious groups, Live Act reported.

In May, a first information report was filed at Ambamata police station in Udaipur against Goswami based on a complaint by the head of the Congress media department, Pawan Khera.

Goswami was accused of broadcasting a program in April on Republic Bharat, the Hindi edition of Republic TV, regarding the demolition of a temple in Rajgarh, Alwar district.

Two temples and some shops were razed by city authorities on April 17, PTI reported. According to NDTV, the demolition campaign was carried out to make way for a road.

Rajgarh is a BJP-run municipality in Congress-ruled Rajasthan.

Goswami, along with others, is convicted under Sections 153A of the Indian Penal Code (promoting enmity between religious groups), 295A (malicious acts aimed at outraging religious feelings), 120B (participation in criminal conspiracy) , 499 (defamation), 501 (libelous printing or engraving) and 505 (public mischief). He was also charged under the Information Technology Act.

On May 20, the High Court of Rajasthan granted Goswami temporary protection until the next court date, Live Act reported.

“Given the facts and circumstances of the case and considering that the omnibus allegations made in the FIR relate to an attempt to dismantle the state government, this court is of the opinion that the immediate and urgent questioning of the petitioner n is not required, especially when neither the details of the program nor any specific incident have been indicated in the written information,” observed Judge Dinesh Mehta.

On Tuesday, Judge Mehta posted the case for hearing July 19. He said the interim protection order granted to Goswami will continue until then.