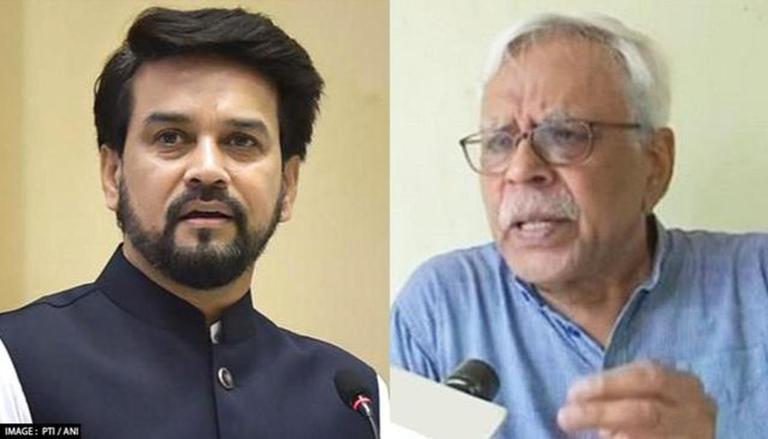 Speaking to reporters, Anurag Thakur said, “Since a new government was formed in Bihar, the jungle raj has returned to Bihar. The rest is filled with such comments. What could be more condemnable than anti-Indian slogans Strict action must be taken against those who make such comments.

On September 22, the National Investigation Agency (NIA) carried out a mega crackdown on PFI for allegedly supporting terrorist activities in the country. In response, PFI organized protests on September 23. During one such protest in Pune, “Pakistan Zindabad” slogans were thrown around. Some PFI employees were later arrested by the police for causing chaos outside the district collector’s office.

#LOOK | Maharashtra: ‘Pakistan Zindabad’ slogans were heard outside the district collector’s office yesterday in Pune, where PFI cadres rallied against recent ED-CBI police raids on their outfit. Some executives were detained by the police; they were arrested this morning. pic.twitter.com/XWEx2utZZm

Defending the slogans, Shivanand Tiwari said: “Pakistan zindabad slogan is a sign of protest, it does not mean that they are Pakistani or that they want to go to Pakistan. It is a way of expressing that they don’t support the government as their ministers make controversial statements, that’s why they are protesting”.

He added: “What is the state of the country today? The Government of India has issued an advisory that people traveling to Canada should be careful as there is a hate campaign against Indians. In America and England, hatred towards Indians is being expressed a thousand times over. Because of the hate campaign you are carrying out inside the country, Indians must suffer in foreign lands.