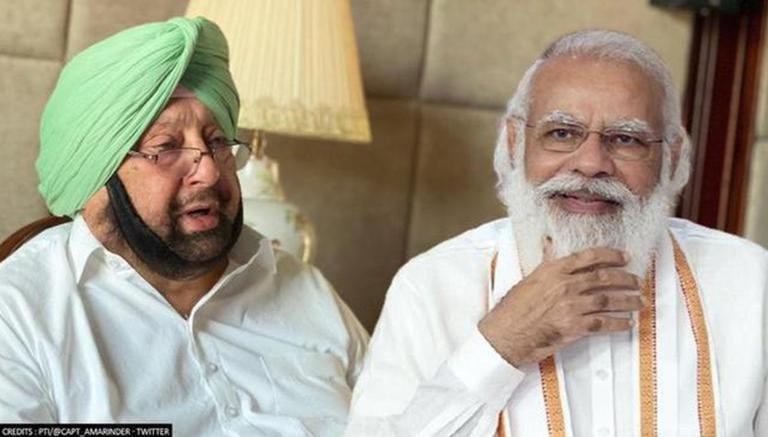 Speaking on the “need of the hour” ahead of the Punjab elections, former chief minister Captain Amarinder Singh said on Wednesday that the Center and the state must coordinate at every stage. Punjab Congress leader Lok also hailed his party’s partnership with the Bharatiya Janta Party (BJP) and added that it is the only alliance that will put the state on the “right path”. Taking an indirect dig at the ruling Congress, the captain said “stay fighting to be the face of their respective parties!”

“The need of the hour is a shared vision of the Center and the State for the development of Punjab,” Captain Amarinder Singh wrote on Twitter.

The need of the hour is a shared vision of the Center and the State for the development of Punjab.

Only our alliance talks about putting Punjab on the right path while others fight to be the face of their respective parties! pic.twitter.com/D7Y4t9EC83

As part of the BJP-led alliance, the captain’s party, the Punjab Lok Congress, contests 37 seats. According to him, it was imperative that the people give the mandate to an alliance that has the support of the ruling BJP in the Centre. Weighing in on the possibility of being named the face of the CM, he reiterated that a decision in this regard will be taken by PLC, BJP and Shiromani Akali Dal (Sanyukt).

while sources had also informed that 5-6 Punjab Lok Congress (PLC) candidates of Capt Amarinder Singh will stand for election under the symbol of BJP. The PLC will contest for 37 seats, Akali Dal (Sanyukt) for 15 seats and the BJP for 65 seats, in line with its seat-sharing pact, in the upcoming elections in Punjab.

In a key update, the former CM revealed on Tuesday that Prime Minister Modi and Union Home Minister Amit Shah will visit Punjab very soon to campaign for the upcoming polls. It comes a month after there was a major security breach for the prime minister as he was on his way to address a rally in Ferozepur. Addressing a public rally in Patiala, Singh said collaboration between Punjab and the Center was essential due to the state’s dire financial situation.