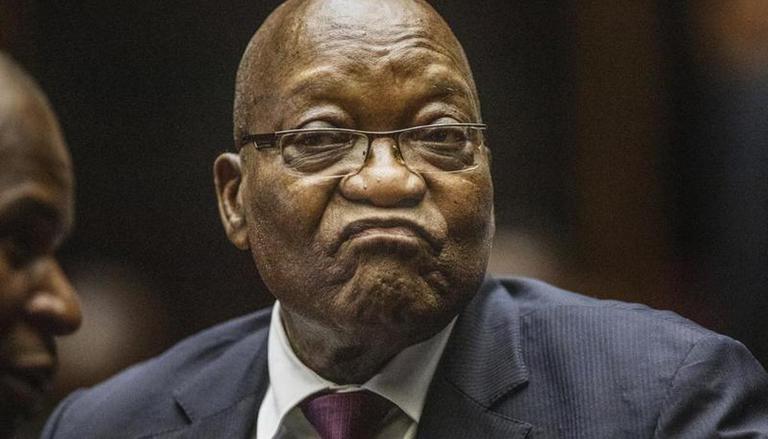 South African President Cyril Ramaphosa on Tuesday received the first part of a corruption report from a judicial inquiry into the tenure of former President Jacob Zuma from 2009 to 2018.

Upon receiving the report, Ramaphosa described it as a “defining moment” in South Africa’s fight against corruption.

He said this would help restore “the integrity, credibility and capacity of our institutions, but more importantly, of our government.”

The result of three years of investigations, the report is expected to detail the extent of corruption in government and public enterprises.

Chaired by Deputy Chief Justice Raymond Zondo, the commission is expected to make recommendations to Ramaphosa, including possible prosecutions against those involved in wrongdoing.

Ramaphosa acknowledged the role of whistleblowers and witnesses in bringing many allegations to light.

The report has been made public but Ramaphosa said his government will need to study all three parts and will not be able to comment until the end of June.

According to Zondo, the first part of the report delivered on Tuesday deals with allegations of corruption and mismanagement at South African Airways, the country’s state-owned airline that has accumulated massive debt and received government grants and bailouts.

The second part of the report will deal with state contracts and sponsorship from government departments and public enterprises to the now defunct New Age newspaper.

The final part will focus on allegations of corruption within the South African tax service, the country’s tax revenue service.

Forensic investigation uncovered evidence of what South Africans call ‘state capture’, how Zuma and his associates, including businessmen family Gupta, allegedly influenced the award of lucrative contracts of State.

Testimonies, including from ministers and senior officials, directly implicated Zuma in corruption schemes, including allowing the Gupta family to influence his cabinet appointments.

Zuma refused to obey a court order to appear before the commission and answer questions under oath.

He was sentenced to 15 months in prison for defying the court order.

He was jailed in July, triggering riots and destruction of property in which more than 300 people were killed.

In September, Zuma, 79, was released on medical parole for an undisclosed illness.

A court ruled that the medical parole was invalid and that Zuma should return to jail. Zuma is appealing this decision.

(Disclaimer: this story is auto-generated from a syndicated feed; only the image and title may have been reworked by www.republicworld.com)