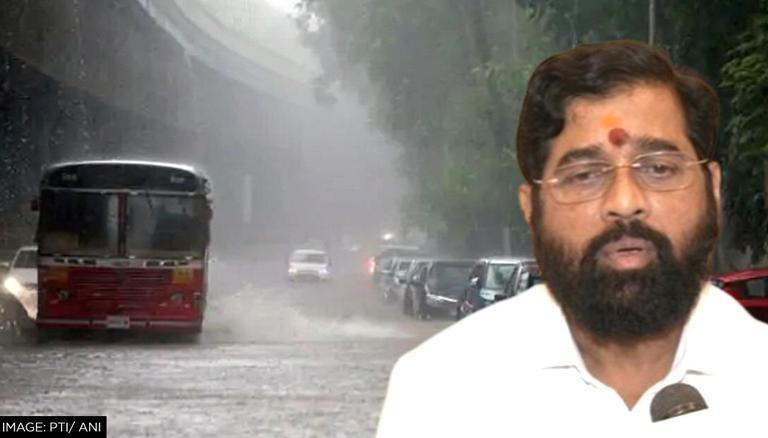 Maharashtra Chief Minister Eknath Shinde has said the state administration is on high alert amid forecasts of heavy rains over the next few days in Maharashtra. Since June 1, more than 76 people have died, including nine people who lost their lives in the past 24 hours in incidents related to rain and flooding in the state; 838 houses were damaged; 4916 people have been moved to safer places. The national disaster and rehabilitation department has set up 35 relief camps. 125 animals have also lost their lives in incidents related to rain and flooding since June 1.

Mahesh Palawat, vice chairman of Skymet, said weather systems developing over the Bay of Bengal will bring heavy rains to western Maharashtra over the next 8-10 days.

“Low pressure systems are developing over the Bay of Bengal one after another heading west in Vidarbha, Marathwada and northern Madhya Maharashtra reaching Gujarat. Thus, the rains will be very intense over parts of Vidarbha, Marathwada and North Madhya Maharashtra, directly from Akola, Amravati, Washim-Wardha, Bhandara, Nagpur, Nashik, Malegaon, Jalgaon and parts of Ahmednagar, Shirdi, Aurangabad, Dahanu, Mumbai, Sindhudurga and Alibaug will also receive heavy downpours for the next 2-3 days These are the systems that are developing over the Bay of Bengal and will continue for the next 8-10 days, heading westerly.

Eknath Shinde said he is constantly monitoring the flood situation in the state. “I am in contact with the state administration at all levels, including district officials, commissioners and the chief secretary. Authorities including SDRF, NDRF and other local bodies are alerted to the flood situation. We have also moved people from flood-affected areas to safe places.