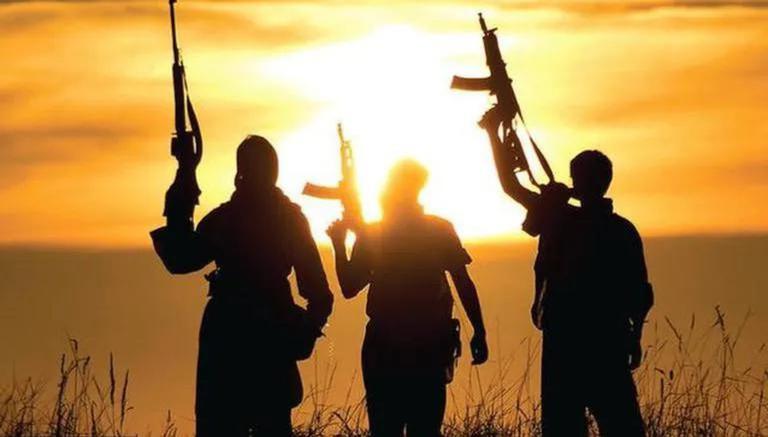 Four Islamic State (IS or IS) terrorists were killed in an airstrike in western Iraq on Sunday, including the leader of the group in Anbar province, the Iraqi military said, according to a Xinhua report. The Iraqi army acted on intelligence reports and attacked the truck in Anbar, carrying the leader of the ISIS group – nicknamed Abu Mansour with three other terrorists in a desert area near the town of Rutba, about 390 kilometers west of the capital Baghdad, the Iraqi Joint Operations Command media office said in a statement.

He added that when an army force later searched the targeted site, they found four bodies, a destroyed truck, two explosive belts, two rifles and also a pistol. Now killed in the airstrike with the Iraqi army, Abu Mansour is believed to have been one of the terrorists responsible for targeting citizens on the Baghdad-Amman international highway in the al-Rutba area. He also held several positions within the ISIS group in Iraq and Syria, the report said, citing another statement from the Iraqi Interior Ministry’s intelligence service.

Iraqi military forces have been fighting ISIS terrorists, especially over the past few months, in an effort to suppress their intensified activities. It is worth mentioning that the security situation in Iraq is said to have improved since the defeat of ISIS in 2017. However, remnants of the militant group have spread to urban centers, deserts and rugged areas of the Middle Eastern country. and carried out frequent guerrilla attacks against security forces and civilians.

On Sunday, four ISIS operatives were killed in Iraq in an attack on Gurdwara Karte Parwan in the Afghan capital Kabul on June 18. An Islamic State affiliate claimed responsibility for the attack on Sunday. Islamic State-Khorasan released a statement saying its operative Abu Mohammad Al-Tajiki carried out the attack which lasted three hours. While reports said the attack killed two people, the terror group claimed to have killed 50 Sikh, Hindu and Taliban members. They justified the attack as revenge for comments made by two ex-political leaders that hurt their religious feelings.